Appendix
As an aid to an understanding of the circumstances which led to the giving of certain testimonies, the following notes have been prepared by the Trustees of the Ellen G. White Publications. {1T 713.1}

Page 116, “Time to Begin the Sabbath”—For a period of about ten years Sabbathkeeping Adventists observed the Sabbath from 6 P. M. Friday to 6 P. M. Saturday. Elder Joseph Bates in his first pamphlet on the perpetuity of the Sabbath of the fourth commandment, published in 1846, had given reasons for the supposed scriptural support for the observance of the Sabbath in this way. He cited the parable of the laborers in the vineyard, the last group of which had been called at “the eleventh hour” of the day and had wrought but one hour. The reckoning was made with them “when even was Come.” Matthew 20:6, 8, 12. Comparing this with Christ’s question, “are there not twelve hours in the day?” He argued that the “even” began with the twelfth hour, or six o’clock, reckoning with equatorial time or the beginning of the sacred year. Respect for his years and experience and his godly life may have been the main reasons for accepting his conclusions without further investigation. {1T 713.2} 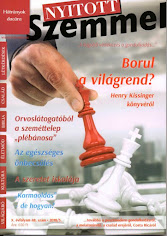